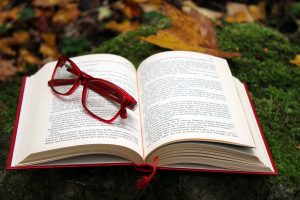 ‘Never knew before what eternity was made for. It is to give some of us a chance to learn German.’ Mark Twain

One of the biggest challenges in moving to Germany was learning the language. As a language German is renowned for its not-so-subtle difference in sentence construction and use of verbs.

Germans take pride in the precision of their language, as in all other things they do.  I was told there is a specify word for everything. This is especially true for technical objects and process. So as a consequence, Germans tag words together to provide a complete description, where the rest of the world makes do with phrases.

This tendency is omniscient, and has gifted the world with vocabulary like ‘Schadenfreude’, which translates to ‘enjoyment obtained from the troubles of others’ according to Merrriam webster. You get it by combining two German words – ‘Schaden’ which means harm and ‘freude’, which means joy.

However, for all their love of precision, Germans do have some words that have a double meaning.

None is as inconvenient as their use of ‘Morgen’. ‘Morgen’ means both tomorrow and morning. Many other German words have a double meaning.  Consider ‘kater’, which means  male cat and a hangover, but these are used in different circumstances. So if your friend tells you they have a ‘kater’ after a party, you know they are referring to a hangover and not a cat.

Sometimes though it is not easy to comprehend which ‘Morgen’ is being discussed. In all fairness German is not the only language that struggles with the concept of time.

Hindi has a similar problem. ‘Kal’ means both yesterday and tomorrow. Here the tense of the verb comes to one’s rescue. In German, with tomorrow and many mornings lying in the future there is no help.

How does one say tomorrow morning I mused? Not ‘Morgen Morgen’, which is actually a greeting used in place of the formal ‘Guten Morgen’. Anybody greeting with a brief ‘Morgen’ is usually suspected of being in a bad mood.

When I confronted some Germans with the problem of trying to say tomorrow morning they were momentarily stumped. They quickly explained that they get away by saying ‘Morgen früh’ or ‘Morgen Vormittags’. ‘Morgen früh’ translates to early morning (‘früh’ means early), and ‘Morgen Vormittags’ as tomorrow before noon. These are not good enough I pointed out. As both these phrases are not really the same as saying tomorrow morning. The Germans understand what is being referred to I was told.

It is though just one more of the mysteries of this language that an expat has to deal with.

There is also no getting away from the fact that for all their love for precision, Germans have no exact translation for tomorrow morning.